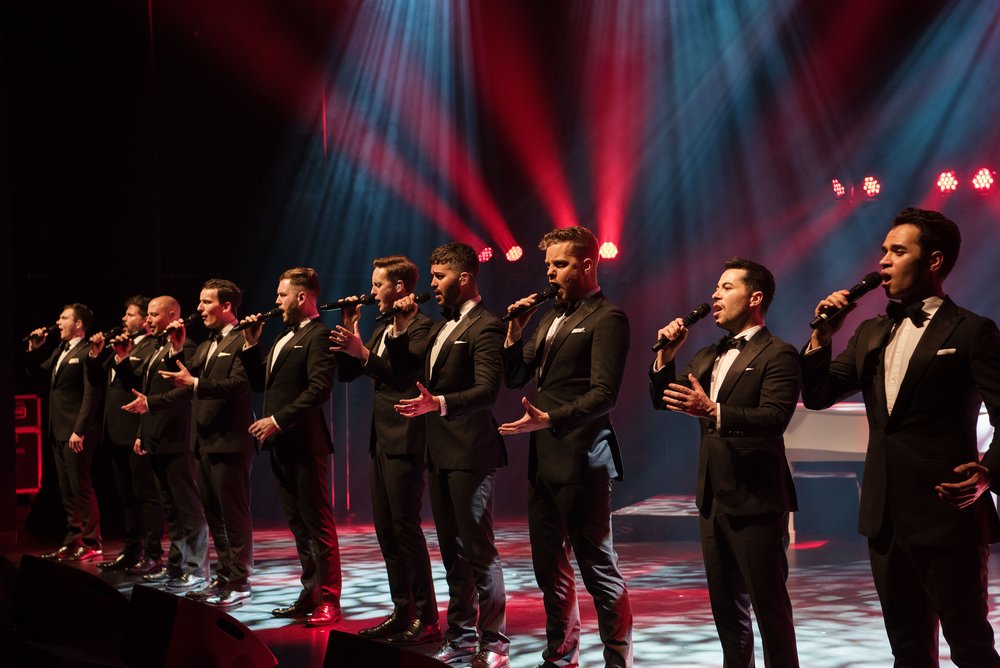 The Ten Tenors’ most recent recording might never have happened if one of their number had not decided to get married.

“Paul Gelsumini, who had been with the group since 2011, wanted the song ‘Perfect’ by Ed Sheeran to be sung during the husband-and-wife dance,” said fellow tenor Michael Edwards. “And he asked if the rest of us would sing it at his wedding.

“And I guess that was what really started the whole thing,” Edwards said. “We started talking about songs that people use for that first dance, or the walk down the aisle, and thought that would make a great project.”

That idea became “Love Is in the Air,” which the Ten Tenors released in late 2019. The group had planned a major international tour to promote the album, including a trip to the United States in early 2020.

“We ended up cutting the tour short in February of 2020, when things were beginning to get bad,” Edwards said. “We’ve done some touring around Australia, but this is our first time to come to the States in two years.”

The Ten Tenors’ “Love Is in the Air” tour comes to Tulsa for one performance, Tuesday, March 1, at the Tulsa PAC.

The program will draw from the album of the same name, which features such songs as “Unchained Melody,” Adele’s “Make You Feel My Love,” the Beach Boys’ “God Only Knows,” and Lady Gaga’s “Shallow,” as well as other songs of love that might not be quite so familiar.

But, Edwards said, even the well-known songs might sound a bit new.

“When you are doing what essentially are cover versions, you want to try to think of ways to make it seem original,” he said. “That’s why we try to give everything we do a ‘Ten Tenors twist.’”

The Ten Tenors got their start in 1995, when the original members were students at the Queensland Conservatorium of Music in Brisbane, Australia. They put together a group to do corporate shows, just a few gigs yearly, to help earn money to pay for their studies.

Three years later, the group decided to see if there was enough interest in 10 Australian guys singing arias and pop songs with an operatic flourish to make a career. The Ten Tenors have been on the road ever since, and more than two dozen performers have passed through the group’s ranks.